Tips for a Winter Trip in Lapland

After our week-long trip to Lapland to see the Northern Lights I have been able to learn some interesting things that I summarize here as tips that can help you when preparing your own winter trip. 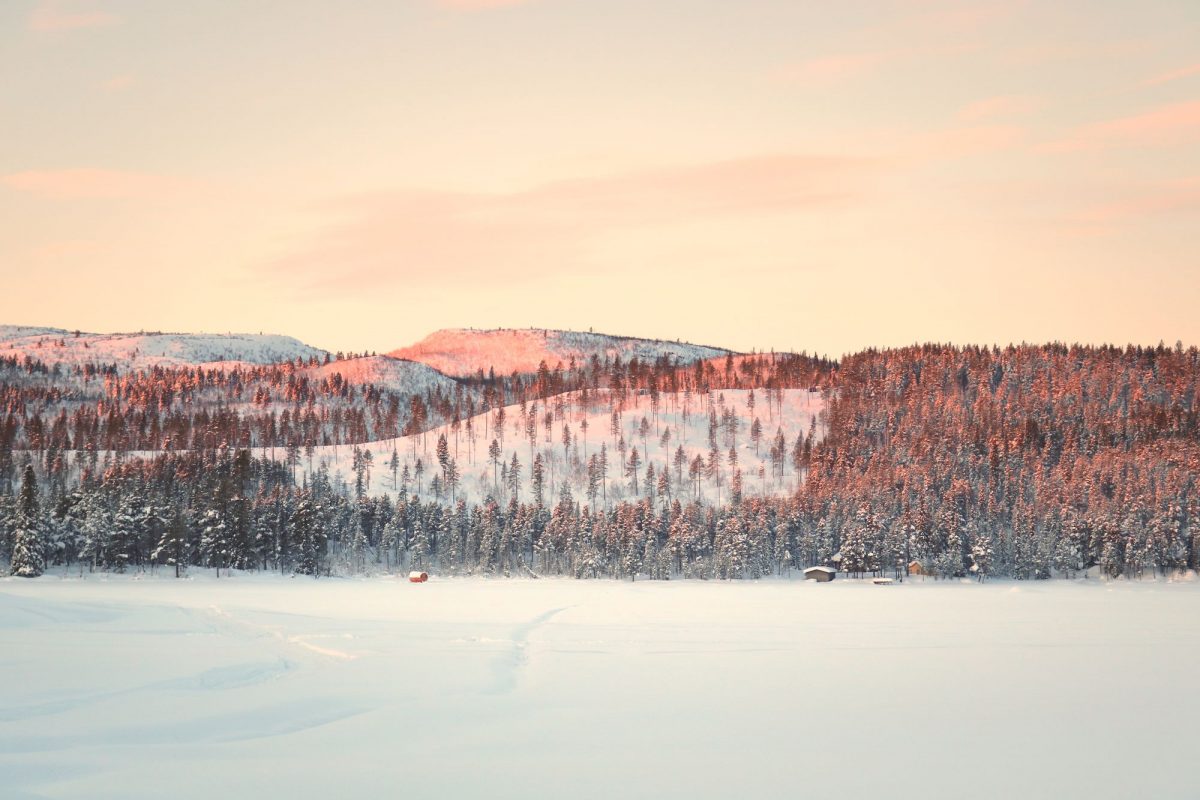 Lapland extends through the northern part of Norway, Sweden, Finland and a bit of Russia. Finnish Lapland is the best known for tourists with destinations such as Rovaniemi, famous for hosting everything related to Santa Claus, but also Levi or Äkäslompolo. In Norway, Tromso is one of the most visited places by tourists. Both locations are quite expensive. Finland due to high demand and Norway because the country itself is expensive although exchange rates may have eased that feeling lately. Norway is approximately 20-25% more expensive than Sweden.

In addition to these objective facts during our trip we met Rick, a Luleå Travel guide, with whom we went snowshoeing through Bälingeberget, who told us how he had worked for years in Finnish Lapland but had ended up having enough of the tourist massification of the place. In his textual words, he commented that since there were so many tourists, excursions and daytrips were made in groups of up to 30 people, much time was spent waiting for each other and everything was timed to the second. On the other hand, in Swedish Lapland, a lesser-known and therefore less exploited destination, they manage to arrange group activities for a maximum of 8 people, tailored according to what tourists want to know (including specific details about nature, fauna, etc.) and the price is more or less similar. Furthermore, with the current depreciation of the Swedish crown, winter activities in Swedish Lapland may end up being cheaper than in Finland where they use the euro.

So Swedish Lapland is still more authentic. When you travel there you will realize that many activities are carried out by people who just wanted was to enjoy nature themselves or deal with moose and reindeers and make these activities available and enjoyable for others too. It is almost as if you are invited to be part of their life for a moment. At least that’s how we experienced it on the guided tour by Luleå Travel where we went to visit a moose and reindeer farm outside Luleå.

Where to Go in Swedish Lapland?

Without a doubt, within Swedish Lapland one of the best known destinations is Kiruna. In this city and its surroundings you will find many lodgings in cabins and many companies providing activities and daytrips to see auroras, visit Sami families, do snowmobile rides, dog sledding, ice fishing, etc. Also in the surroundings of Kiruna you find iconic places to visit such as the Ice Hotel in Jukkasjärvi, the Abisko national park with the Aurora Sky Station and the ski resorts of Björkliden and Riksgränsen on the Norwegian border where you can ski until May and June under the midnight sun.

Other known destinations further south are Gällivare, Jokkmokk or Arvidsjaur. Both Kiruna, Gällivare and Arvidsjaur have airports with direct flights to Stockholm. Jokkmokk is where the Jokkmokk Sami Market has been held during the first week of February for over 400 years. 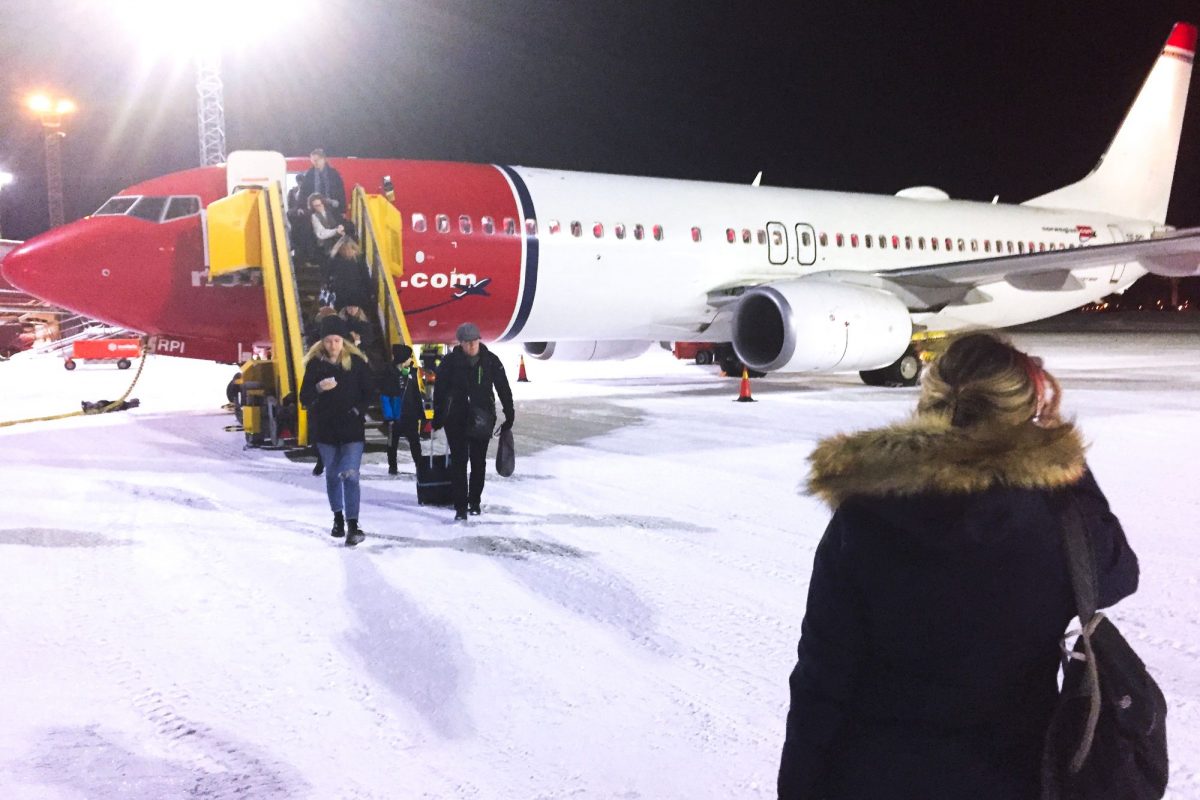 We flew with Norwegian to Luleå, a city by the Baltic some 360 km / 225 mi from Kiruna. Luleå can be reached from Barcelona (where we live) on the same day with a stopover in Stockholm. In Kallax, Luleå’s Airport, we rented a car so we could travel around by car through the region stopping at places we had decided to visit. For those not wanting to travel, you can also do activities such as snowshoeing, tours to see the Northern Lights, visiting Unesco world heritage sites such as Gammelstad or snowmobiling in Luleå with Luleå Travel.

Do You Need to Rent a Car in Lapland?

Well, the answer is: it depends. If you want to visit a particular city and do not want to leave the place, the companies providing activities and day tours will arrange transfers between your accommodation and their starting places. In Kiruna, as an example, 90degreesnorth AB arranges a couple of day trips to places like Abisko or Narvik with all transportation included.

If you want to move around the region a bit between major cities, you can use public transport and travel by train or bus, but if you want to go your own way, it is best to rent your own car . 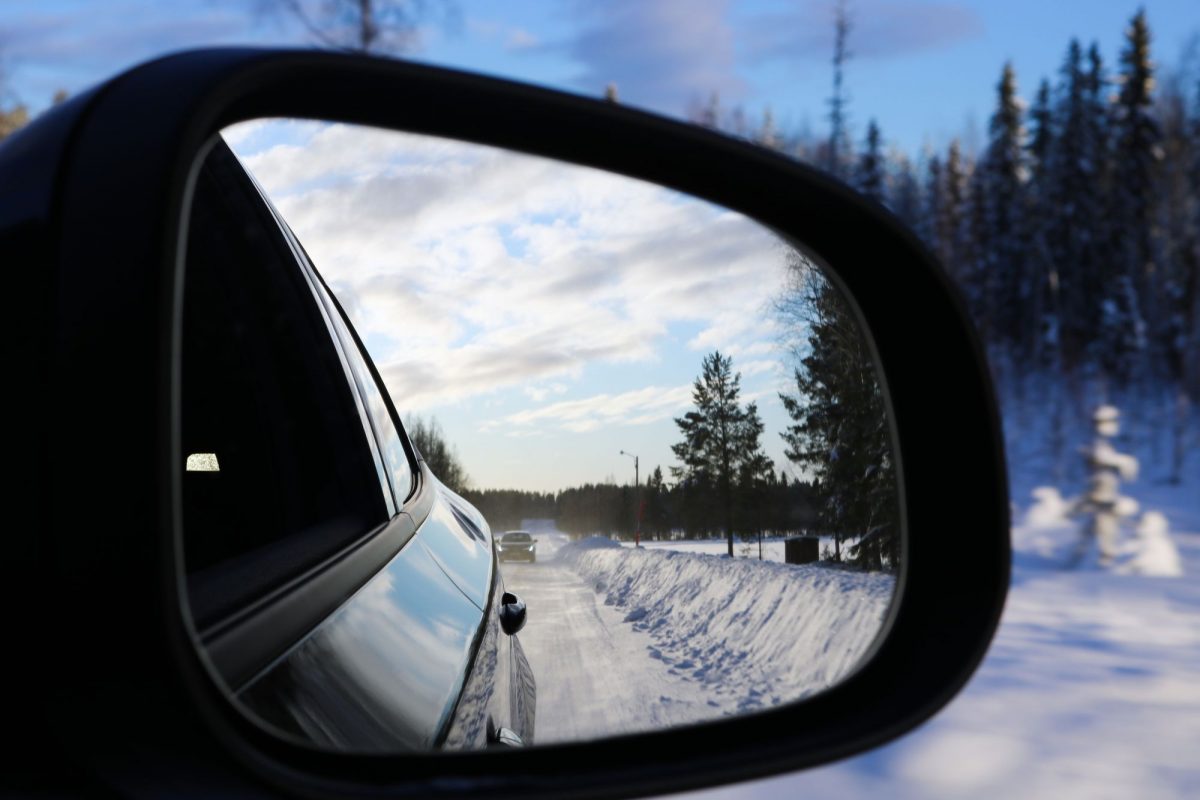 We rented a Volvo at Kallax airport in Luleå with Auto Europe, a company that easily compares the prices of different car rental companies and gets you the best offer. We paid €240 + €80 ($350/£285) on-site for an all-risk insurance for a week.

It is not easy. However, I had never done it before and I had no major problems. Here is a photo of how the roads usually look like in the area. Of course if you are used to drive on snow then you will not have any problems at all. 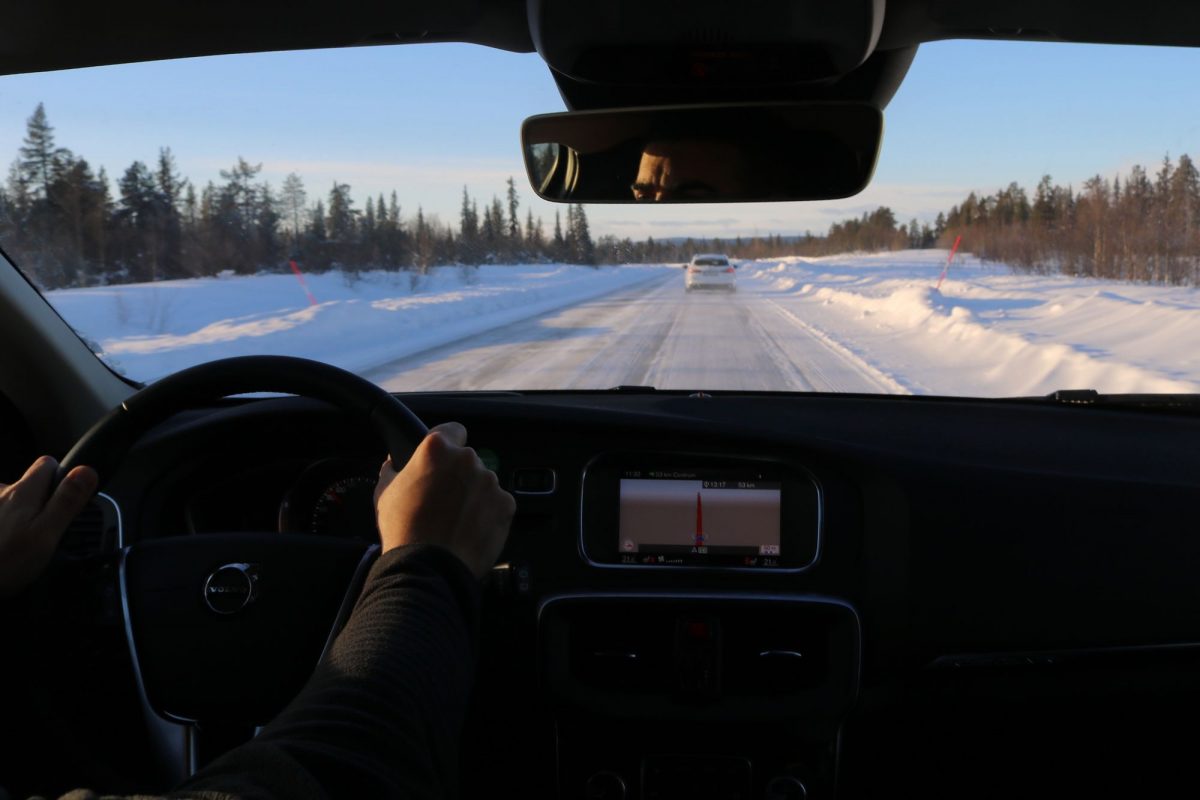 Some tips to keep in mind:

As previously stated, at first driving in Lapland seemed like a very difficult task to me, but after 1200 km in 7 days and without any serious incident, I can say that any moderately experienced driver can do it without problems.

How to Dress in Lapland?

If you bought clothes for the trip, fine! Despite this, it is possible that, depending on the time and the activity you have reserved, they will make you change and put on a snow jumpsuit, another hat, thicker gloves, warmer boots, baclavas and all kinds of clothing that will protect you even more from the cold weather.

If you come from warm climate don’t forget that the clothes there are prepared for extreme temperatures and that it is not the same to spend a couple of hours outdoors at -5ºC than at -25ºC (23 to -13 ºF). Likewise it doesn’t feel the same to be snowshoeing or driving an snowmobile at 40-50 kph (25-35 mph) with the wind hitting your face. 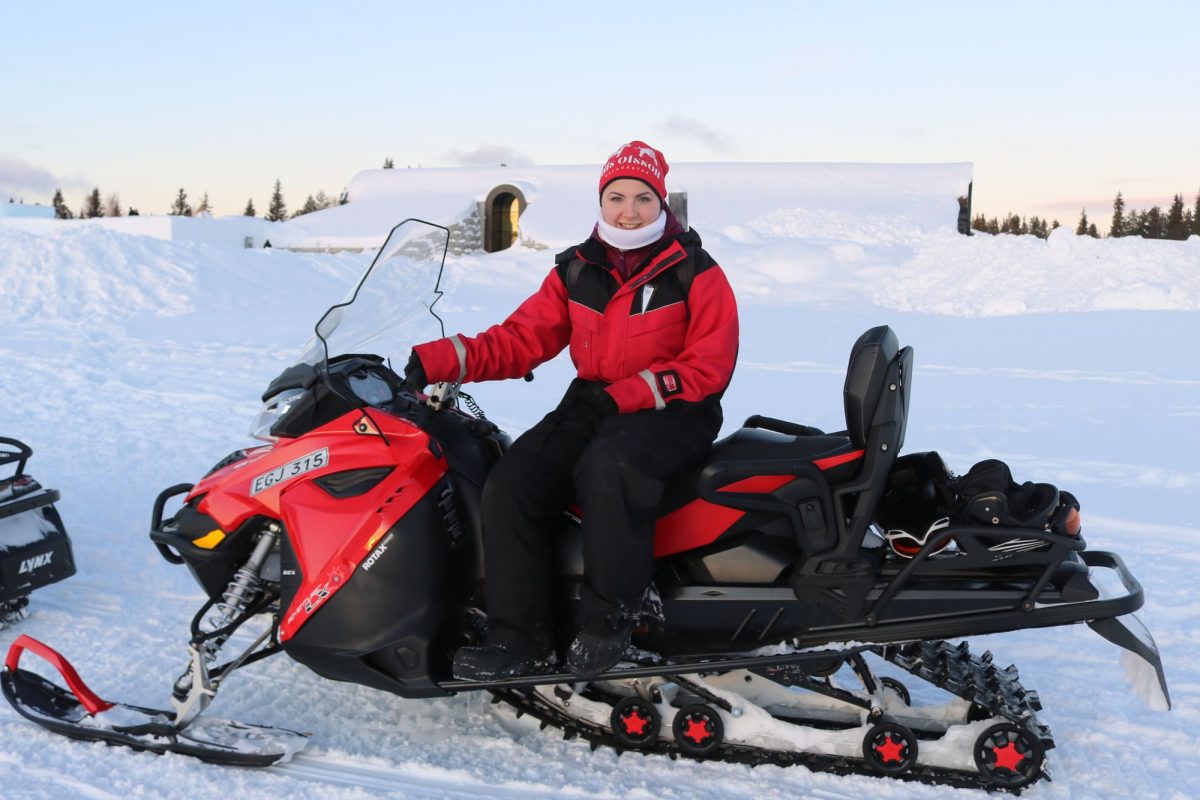 If you don’t feel like spending money on clothes at home, in Kiruna there are companies like the aforementioned 90degreesnorth AB that rent them out. They even pick you up from the airport and bring the clothes so you can change there and return them when you leave. The price for the rental is around €30 ($33/£27) for your entire stay.

Where to Stay in Lapland?

There are many different types of accommodation suitable for all budgets. From so-called camps where you can sleep for 200 SEK (€19/ $20 / £16 ) per person per night such as the Aurora Camp Kurravaara in Kiruna or Camp Alta in Jukkasjärvi to hotels in cities such as the central Clarion Sense in Luleå .

There are also special iconic accommodations in the region such as the Icehotel in Jukkasjärvi with ice suites and warm rooms or the recently opened Arctic Bath in Harads, where we stayed and deeply loved, a floating hotel dedicated to wellness and relaxation .

However you choose it is always much better to book travel package in Lapland with accommodation and activities included as it will be cheaper than if you book them separately. This is due to the collaborations that different activity companies have with different accommodations. As I mentioned before, you do not need to worry about transfers because they will come to pick you up from your accommodation by van.

These are some of the tips I want you to know before traveling to Sweden and Lapland. If you are planning such a trip leave me a comment below and I will try to help you with it.