Some time ago I wrote about 8 terraces or rooftop bars in Stockholm that deserve a visit and now I want to write about a newcomer called Stockholm Under Stjärnorna (pronunciation is more or less [háe(r)nona]) or abbreviated: SUS. Located in the Urban Escape zone, the current nightlife hotspot in the capital of Sweden, the Stockholm Under the Stars terrace is the permanent terrace at hotel At Six.

In summer 2017 SUS opened for a couple of weekends to test the waters. It was so successful that it has been decided to open again permanently.
? 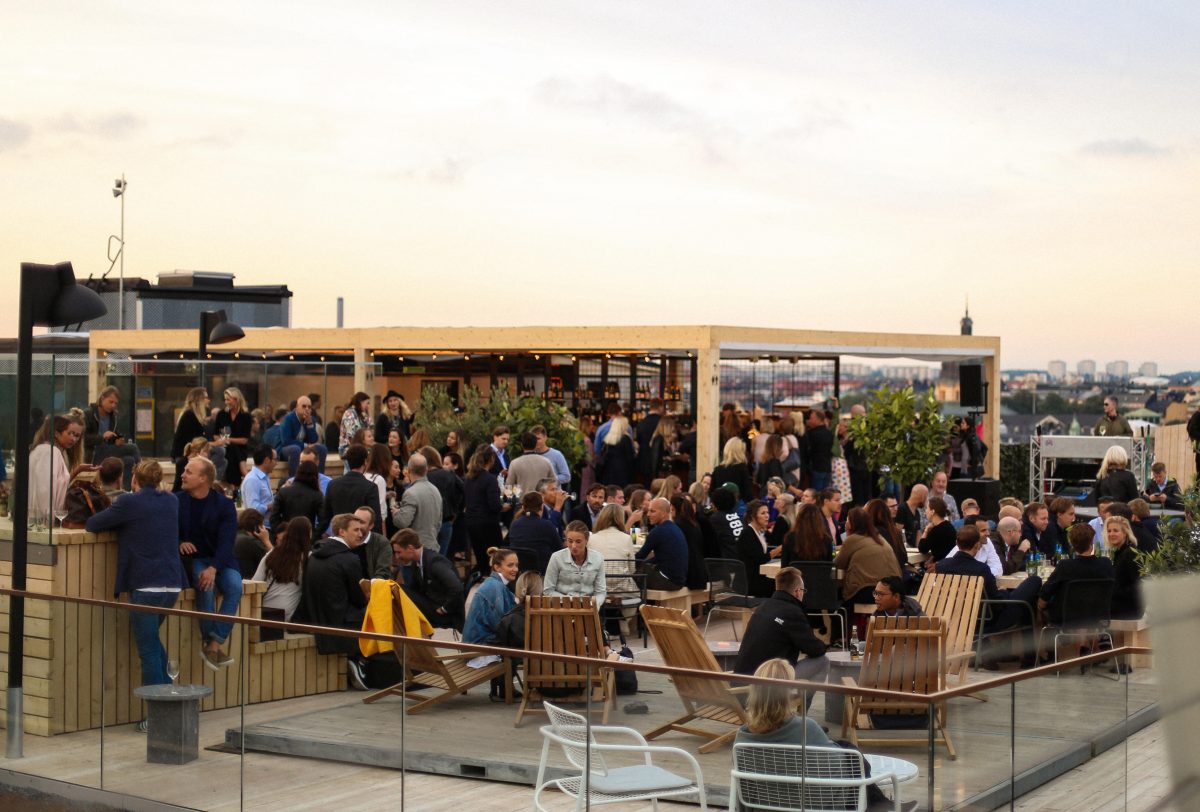 SUS – Stockholm Under the Stars

SUS features a 1200 sqm terrace 47 meters high with panoramical views of Stockholm roofs and the Baltic Sea. The idea behind is to emulate a lively city park in Stockholm on the top of At Six. The terrace has bars, serves international streetfood and features different events as yoga lessons, art exhibitions, live music or an open air cinema. They admit group reservations and will be hosting special events during 2018 World Football Cup to be held in Russia. One of the most interesting things about SUS is that they are planning to open from the morning until late in the evening so you can come by to enjoy some cocktails or food whenever you feel like it.

Urban Escape, where SUS is located, is a growing neighborhood between Hamngatan and Regeringsgatan streets and Brunkebergstorg square. It lies behind the central Sergels torg square towards the sea. In this area 5 buildings, 2 squares, 4 streets, 1 shopping mall and 2 international design hotels (At Six a 5* and hotel Hobo) are being linked to each other to create the most attractive and eclectic neighborhood in Scandinavia.

In 2018 the Stockholm Under the Stars terrace will open on May 5 so if you are planning to visit Stockholm during the summer or at the end of the spring you may visit SUS to enjoy a drink at the newest rooftop bar in the city.