Every year many lovers of caravans and motorhomes decide to travel to Sweden and make a roadtrip through the country sometimes stretching up to the far North so I wanted to make it easier for you to travel with your vehicle and stay overnight in Sweden by explaining the rules of circulating and overnight stay in caravan and motorhomes (or campers as some people call them) in the country.

First, you must know that in Sweden there is this thing called Allemansrätten, the Right of Public Access to Nature, which allows anyone to camp in a tent whereever you want provided that you show respect for the established rules that I encourage you to read. However, for those of you traveling on caravans and motorhomes the legal situation is different. 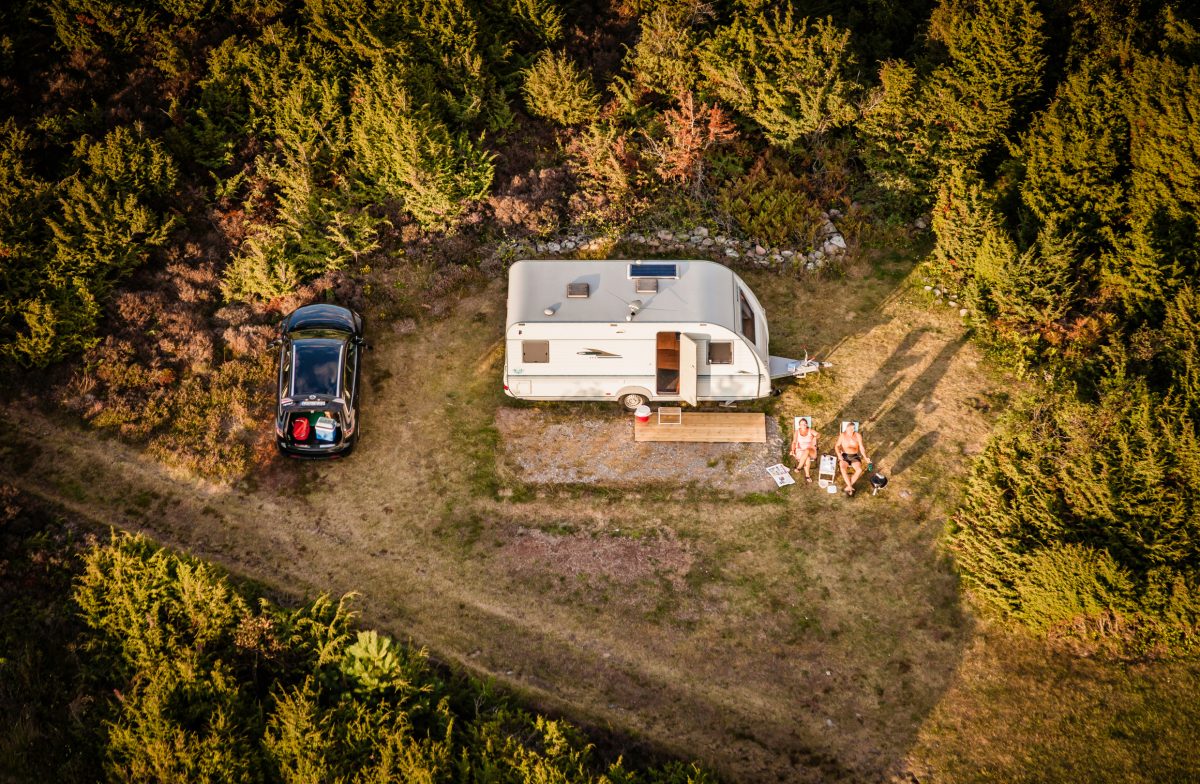 Traveling on a Caravan in Sweden
Photo: Per Pixel Petersson / imagebank.sweden.se

In 1975 the Terrängkörninslagen was created in Sweden, regulating the circulation of motor vehicles over natural lands. To this class of land belong: beaches, meadows, forests, parks, areas covered with grass, etc. In short, all natural terrain.

The law prohibits motor vehicles from traveling on any public land in a natural environment and the prohibition is valid even for the owner of the land. This law applies to cars, motorcycles, trucks, mopeds, snowmobiles, caravans and motorhomes, etc. Obviously there are exceptions that allow circulating on roads especially designated for cars that run between forests. There are also exceptions for those who travel in rescue vehicles, those who work in reindeer herding and other cases. But as a general rule it is forbidden to get off the road.

On private roads, called in Swedish enskild väg, it is the landowner who determines what kind of traffic it is allowed. If you come to Sweden in a motorhome and get on one of these roads pay attention to the signs with the text Ej husbilar / No campers to avoid problems.

In national parks and nature reserves it is forbidden to drive motor vehicles. Sometimes there are parking lots connected to the national park that allow parking and the overnight stay of caravans and motorhomes.

Camping or parking the caravan

As I said before in Sweden it is allowed to plant your tent and camp for a couple or three of days where you want as long as you do not cause a mess in nature and do not bother others. In fact there has even been a campaign with AirBnB to raise awareness of this form of accommodation in Swedish nature. With the caravan or the motorhome it is not like that. With these vehicles you can usually only park 24 hours or until the next working day (if you arrive on weekends) in the parking areas of the resting areas. If there are other rules that limit or extend the parking you will find an indicative sign at the parking lot.

In this photo taken from an article by Sveriges Radio about the hardening of rules for motorhomes on the island of Gotland – where you can not park in any public place and must instead head to campsites – it clearly shows the prohibition to which you must be attentive if you happen to find it in a rest area somewhere in Sweden. The sign reads: “It is forbidden to park the person bil class II (motorhomes of less than 3500 kg fall into this category) from 11pm to 7am in working days, on Saturdays and Sundays and holidays.” 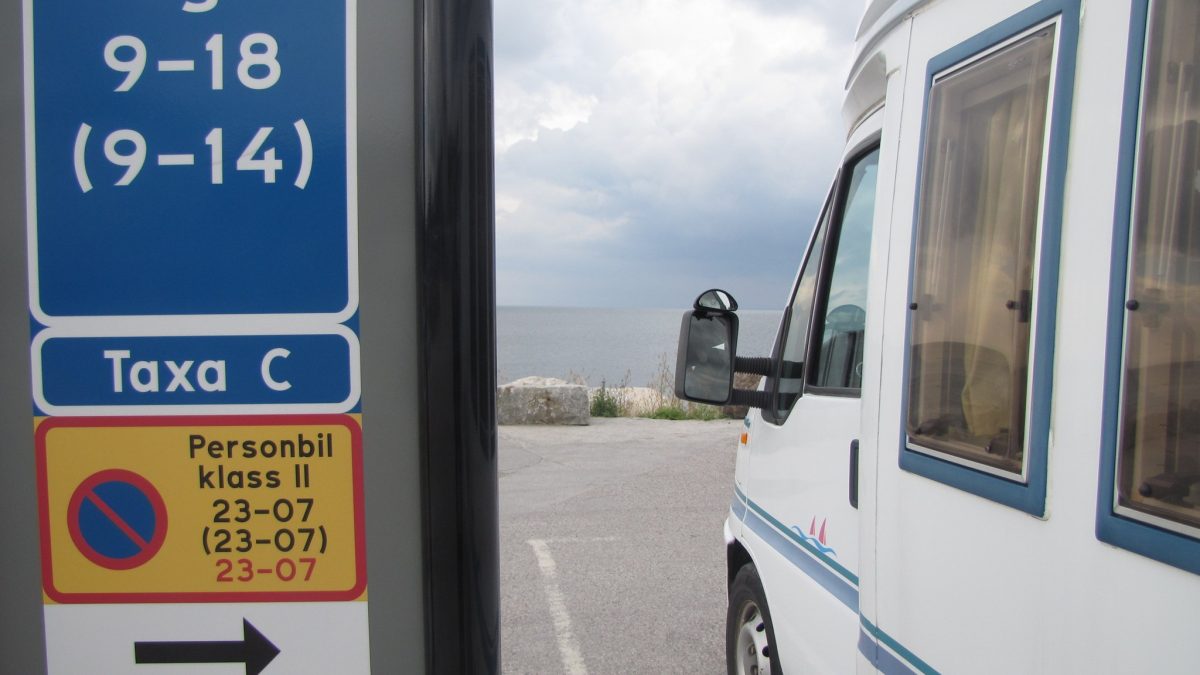 So as you can see it’s not easy to sleep on the road in a caravan or motorhome in Sweden and in some regions like Gotland they make it more impossible than in others. However, there are many places where for a small fee you can park and spend the night and at the same time also be close to lakes, the sea or nature in general, which is what many of us look for.