It is early April in Stockholm, and the snow is gone for a couple of weeks. Although, it is still freezing cold as powerful winds from the north blows over the city. All the Stockholmers walk around with rosy cheeks, seemingly unbothered by the unforgiving winds.

Stockholm is considered one of the most beautiful capitals in Europe, especially during the summer when the sun-starved Swedes go crazy and turn the city into a three-month party. We are here for a long weekend with the objective to make the most of our time and decided to live like the Swedes. 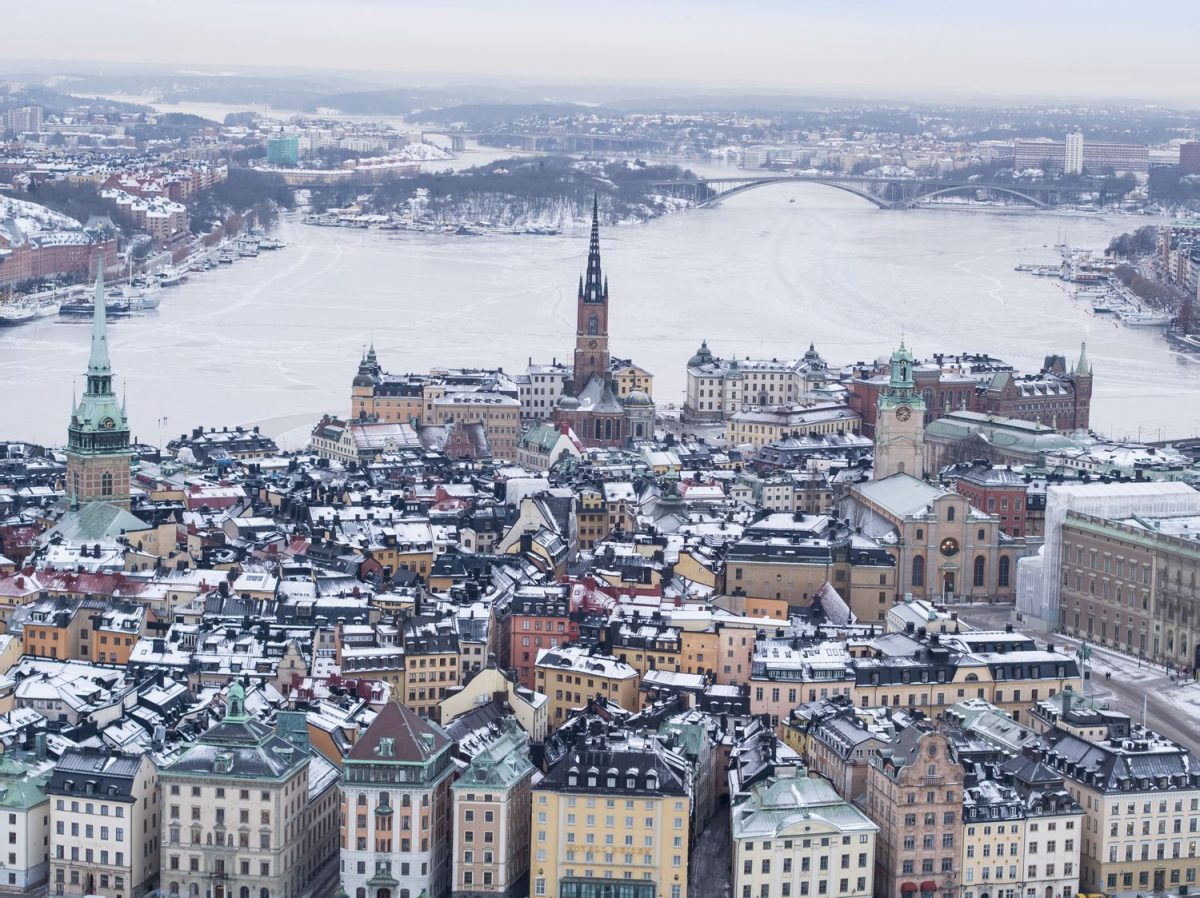 The illuminating lights of Gamla Stan are visible in the distance as we slowly approach the bridge leading to the small island. We stop to look at The Royal Palace, which is the home of the Swedish royal family. We walk through numerous charming small cobblestone streets and alleys, and for a moment we forget which century we are in. All the streets are illuminated by vintage streetlights which adds to the atmosphere of this magical little town in the middle of Stockholm.

We decide to visit a little café located in an alley, hidden away from the bustling main street. It is an ancient building, and I must lower my head to get through the door. The old café is in the basement floor and resembles an old dungeon with arched brick walls and ceilings. The lights are dim, and candlelight is placed along the walls and on the tables, throwing long shadows across the room. The atmosphere is very inviting, and it feels like stepping through time into a different era, again.

We order hot chocolate and traditional homemade cinnamon buns, steaming hot straight from the oven. – A divine scent of chocolate and cinnamon spreads through the little room, it smells amazing, and we capture the moment. It is the perfect snack for a freezing April evening in Stockholm. Happy and content, we decide to embrace the Stockholm evening to watch some Swedish sport.

Ice hockey and football are the two largest sports in Sweden. The Swedes are consistently one of the top countries in ice hockey, crowned Olympic and World champions on numerous occasions. At the same time, the footballing successes are a bit more subdued. We are going to attend a playoff game in the Swedish Hockey League (SHL), which is in its later stages. We were lucky to get tickets to the 6th semifinal between Djurgårdens IF and Färjestads BK at the impressive Globen Arena. The two teams have a very fierce rivalry with a lot of history between them, with a reputation of very tough games. Inevitably, once the puck is dropped, the traditionally laid back swedes suddenly transform into hot-blooded Vikings, both on and off the ice. The game is highly intense and resembles gladiators on ice. Surrounded by 14 000 cheering home supporters who go completely wild, they suffer and celebrate with the home team every moment of the game. The atmosphere is electric, almost deafening at times, and we enjoy every second.

Before the game, we decided to make things interesting. We don’t know much about Ice hockey but decided to place a bet on the away team Färjestads BK as the winner. We used a safe site and got pretty good value when using a betting bonus. In the end, Färjestad BK won the game easily with 1-6 to the disappointment of the home crowd, but we celebrated quietly.

We left the arena completely pumped up by the whole experience, Ice hockey in Sweden is something special to witness. No way we can sleep now.