Day Trips From Stockholm: What to See & Do in Sigtuna

If you are in a getaway or on holidays for some days in Stockholm you’ll be interested in getting to know other places to visit nearby. Sigtuna, a mere 50 km / 31 mi northwest of Stockholm, is one of these unique destinations that has always been highlighted in every travel guide of Sweden. The main reason: Sigtuna is where Sweden begins as the city was founded on the year 970 CE being Sweden’s first city.

Sigtuna has a population of 9000. Despite being a small city there is a lot of history in it because of its past. In Sigtuna you’ll find buildings from the 17th century onwards, old Swedish houses, castles and churches and a lot of viking runestones to visit. You will also be able to walk through Sweden’s first pedestrian street which still has the same path that it had in 970 CE when Erik Segersäll established the area where Sweden’s new city, Sigtuna, would have to be built before he proclaimed himself King of Sweden.

What to See & Do in Sigtuna

At Sigtuna’s Museum you will obviously find everything related to the history of the city: who founded it, why did he choose that particular location relatively close to Uppsala but at Lake Mälaren’s shore and many other objects and details out of Sigtuna’s svarta jorden (black soil) that have kept in the depths the secrets of historical events until the archeologists uncovered them. All this is featured at a current exhibition called Sigtuna Stories.

The museum opens everyday from 12 to 4 pm during the months of June through August. February to May is just opened from Tuesday to Sunday. 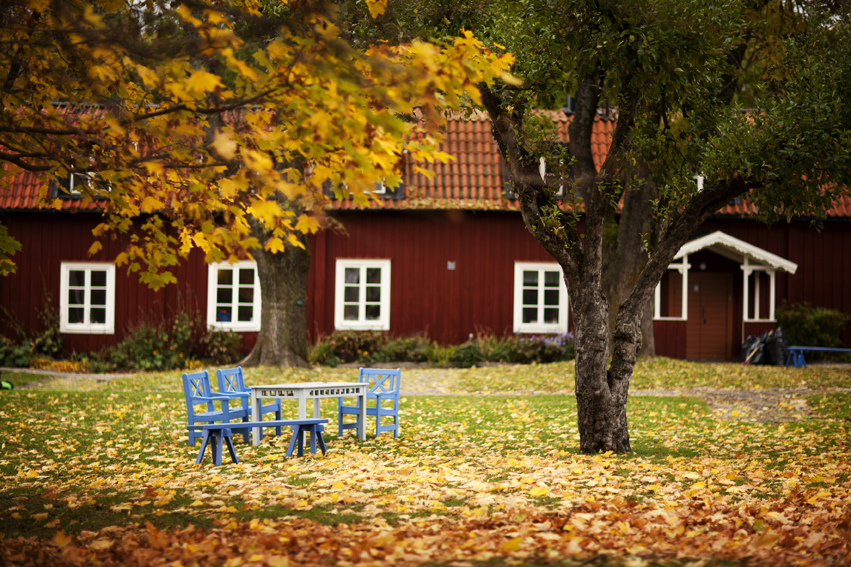 Years of war, famine and fires left their toll in the city. So the old City Hall was in a very poor condition up until 1737 CE where a new mayor decided it was time for Sigtuna to have a new City Hall which he himself designed … and it turned to be a really small building. It was finished in 1744 CE and properly dedicated. Now almost 300 years later this City Hall belongs to the Sigtuna Museum and is visited by over 20.000 people every year because holding the record of being Sweden’s smallest city hall.

The city hall can be visited according to the opening times of the Sigtuna’s City Museum (everyday 12-4 pm June – August).

Stora gatan, the very place where Eric Segerfäll proclaimed that Sweden’s new capital had to be built there, is today a an scenic street with wooden houses, souvenir shops, restaurants and cafés filled with tourists during the best months of the year. People arriving from every corner of the world stroll up and down this street on Eric Segerfäll’s footsteps more than a 1000 years after in a city that has almost the same size it once had. In Stora Gatan you will find Sigtunas tourism office. 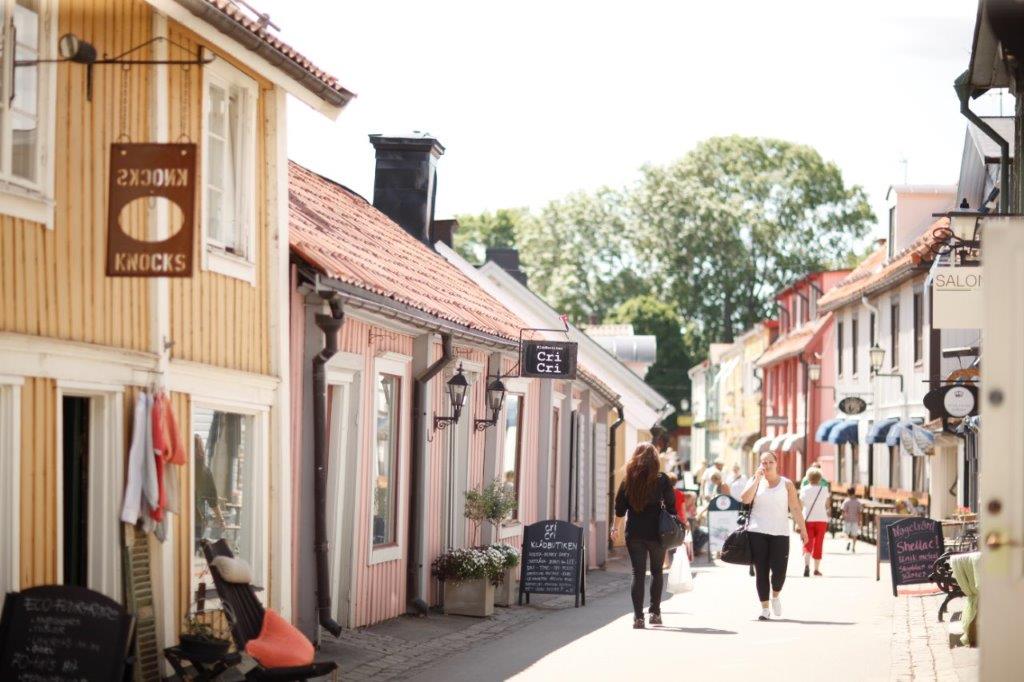 At the end of this street you will also find the typical old Swedish constructions: flat-based houses with a lowered roof covered with vegetation. (Correction: this house has been removed! As we didn’t see it when we visited Sigtuna during our one-month long roadtrip in Sweden). 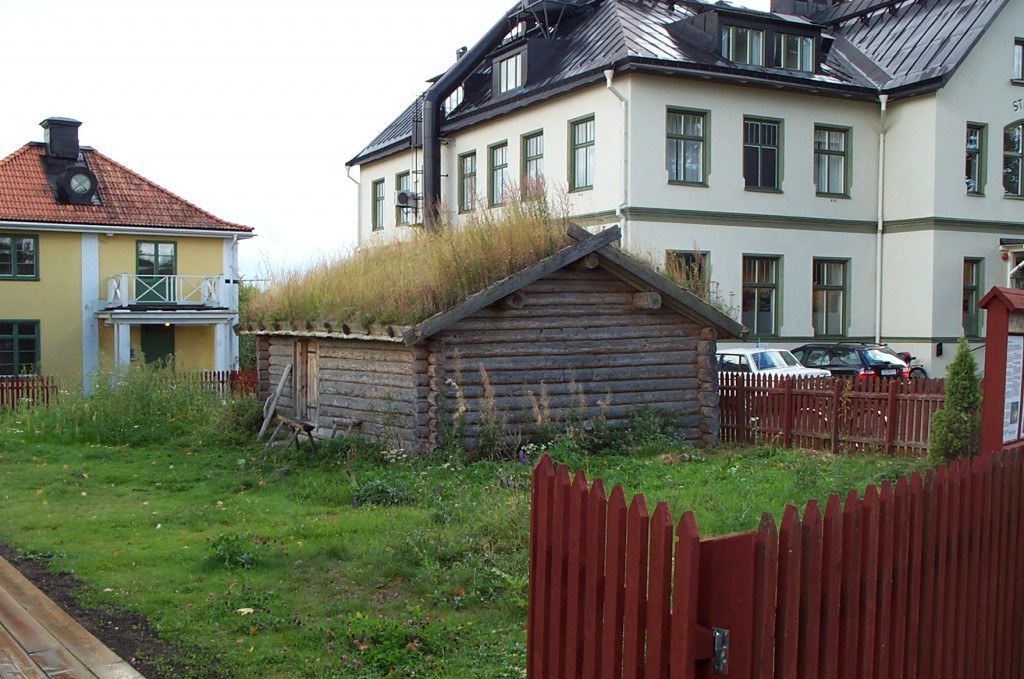 Runes are the oldest texts in Swedish that have been found yet. The oldest ones are dated to the 4th century CE but most of them are as late as the Viking Age (800-1000 CE) or the Middle Age (500-1500 CE). In Sigtuna there are runes carved on bones, wood, metal and horn. There are over 170 runestones in the municipality of Sigtuna with over 20 of them located in the very heart of the city. Some of these are over a 1000 years old. At Sigtuna’s Tourism Office you will be able to get a map featuring the location of the runestones so that you can pay a visit to some of them should you want to.

Stora torget, Sigtuna’s Main Square, has been located at the same spot since the 1600’s and has witnessed the passing of time over the city. From being a pasture for cows and cattle up until the 1920’s to watch carts, carriages and old automobiles drive through … to become a meeting place for sigtunabor, the inhabitants of Sigtuna. 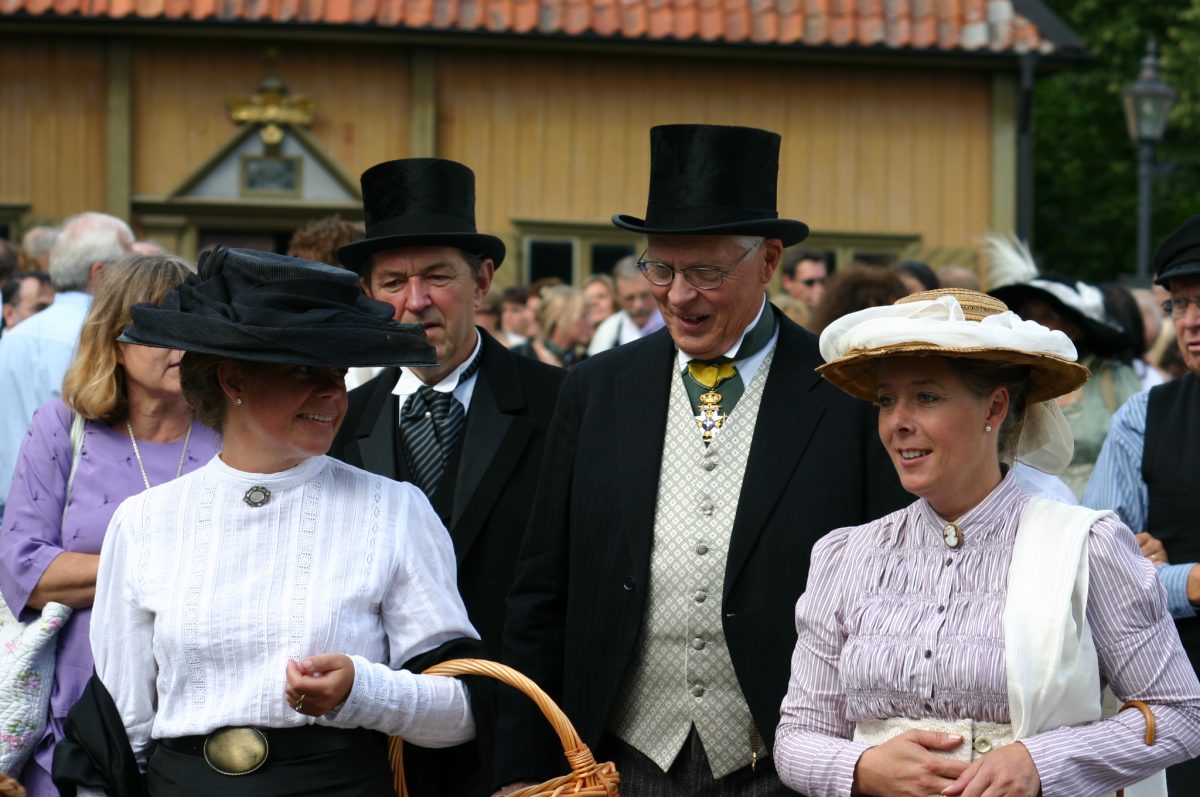 During the last weekend of August (or sometimes the first of September) Stora torget turns back in time to 1912 and celebrates Sigtuna Möte which is a traditional market with food, craftmanship contemporary dressed people and many other things. During Christmas, this main square gets its own traditional market four weekends before Christmas.

Sigtuna was the first Christian city in Sweden. In the beginning of the 12th century there was already a diocese here that later was moved to Gamla Uppsala some 40 km / 25 mi to the north. Today you can visit both special churches and peculiar ruins of old churches. Mariakyrkan, the first church in this region called Mälardalen built with bricks well deserves a visit. The church is dated back to the 13th century and built by a couple of Dominic monks. The style is a mix of Romanesque and Gothic and the construction in red-colored bricks, its bright interior and its size make it stand out of the other stone-built temples in the city. 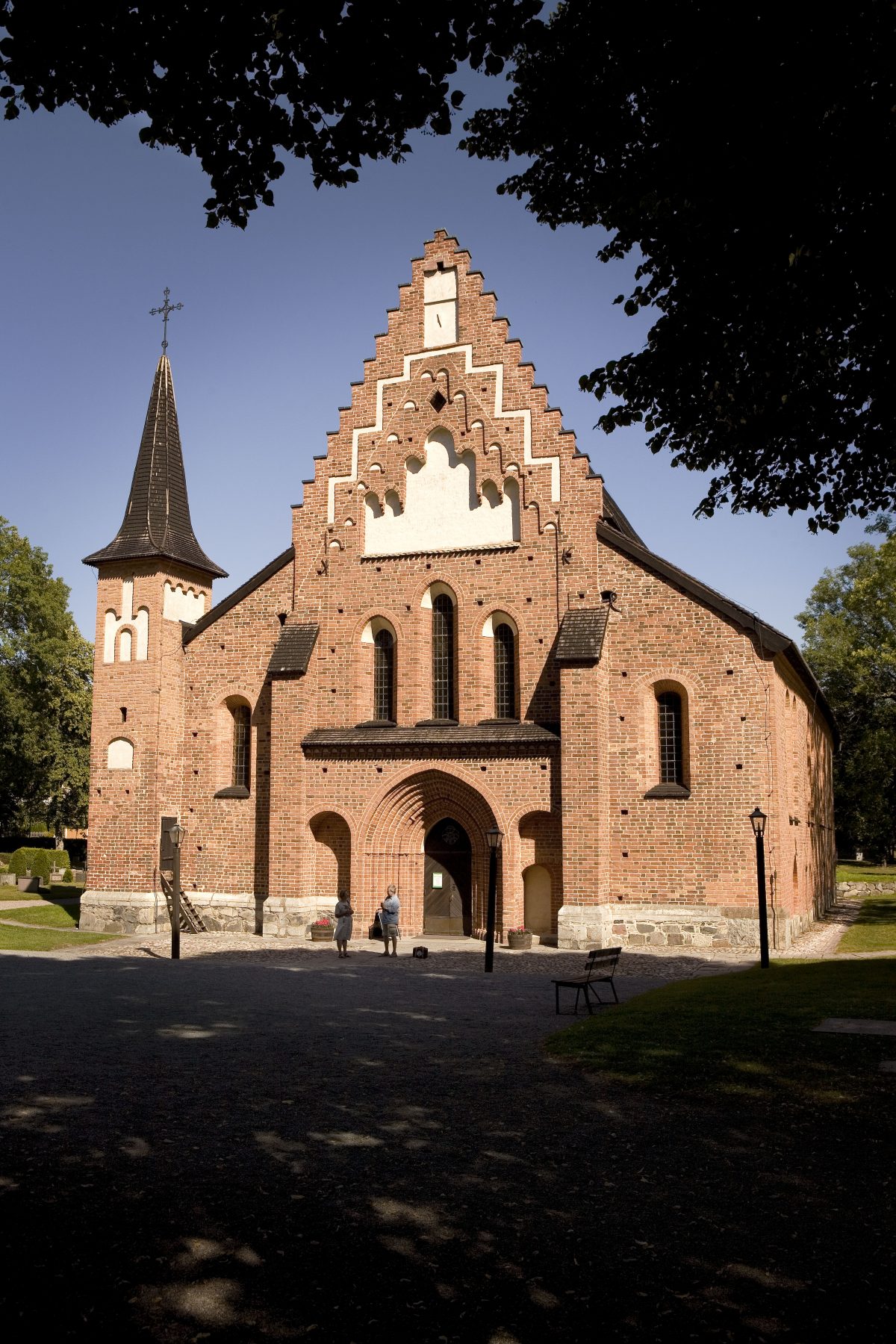 There was a time at the beginning of the Middle Age where six or seven different churches made of stone coexisted in Sigtuna and were the tallest buildings in the city. That was a mighty symbol of power for the Church back then that now has been reduced to a bunch of ruins. These ruins can still be visited and the more interesting ones are the church ruins of St: Olofs, St: Peter and St: Lars, all three in the city center.

7. A Walk by the Shore at Lake Mälaren

The coastal area by Lake Mälaren is a singular place. Archeologists have uncovered items that suggest that this place was under water a 1000 years ago and that the lake has receeded and being around 5 meter / 16 feet shallower. Strandpromenaden is the name for the path that leads you out of the city by the lake. A walk there during a beautiful sunny afternoon is a walk you don’t want to miss.

8. Shrimp and Seafood Cruise on the Mälaren

If walking by Lake Mälaren did nothing but feed your need of getting on a boat and discover the depths of the lake get on the Sjösagan boat which offers seafood and taco (yeah, a typical Swedish meal for Fridays) cruises with tasting onboard. Rederi Mälarstaden is the local company offering these late afternoon – early night cruises from the end of May to the beginning of September. The boat departs at 7 pm and returns back to Sigtuna at 10 pm. 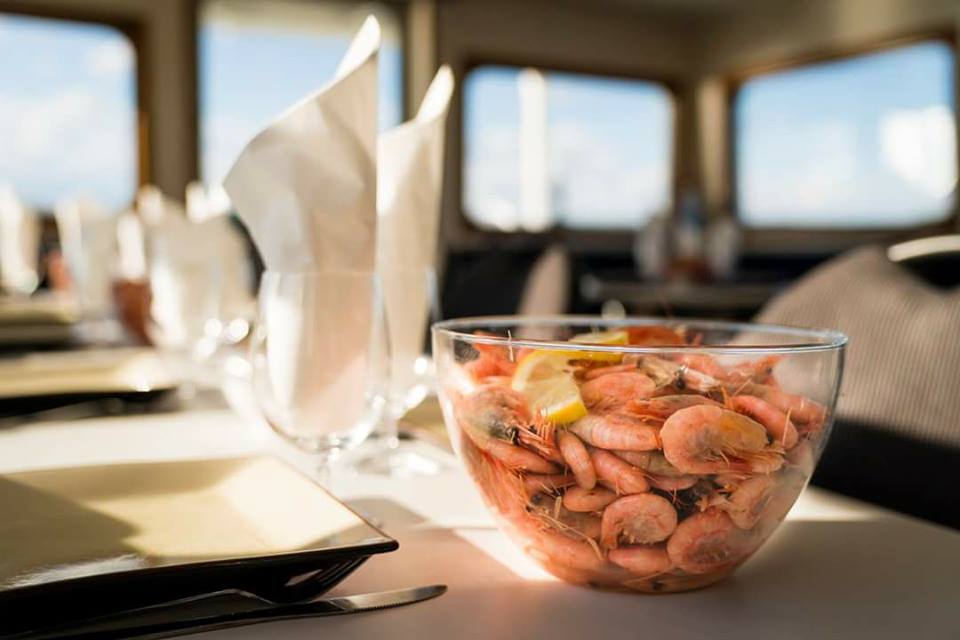 Those who visit Sigtuna by car might want to stop by one (or all) of the five castles nearby. These are: Roserbergs, Skokloster, Skånelaholm, Steninge and Wenngarn. If you love to visit castles you have to know that during 2017 there was a season ticket called Slottklassikern that let you visit these five castles for 250 SEK (25€/ $30 / £22) instead of 650 SEK (65€ / $80 / £56). Guided visits for the castles were also included in the price. The ticket could be bought at Sigtuna’s Tourism Office, at the castles or at some hotels and other accommodations in the city. I really hope this ticket will also be available during 2018. 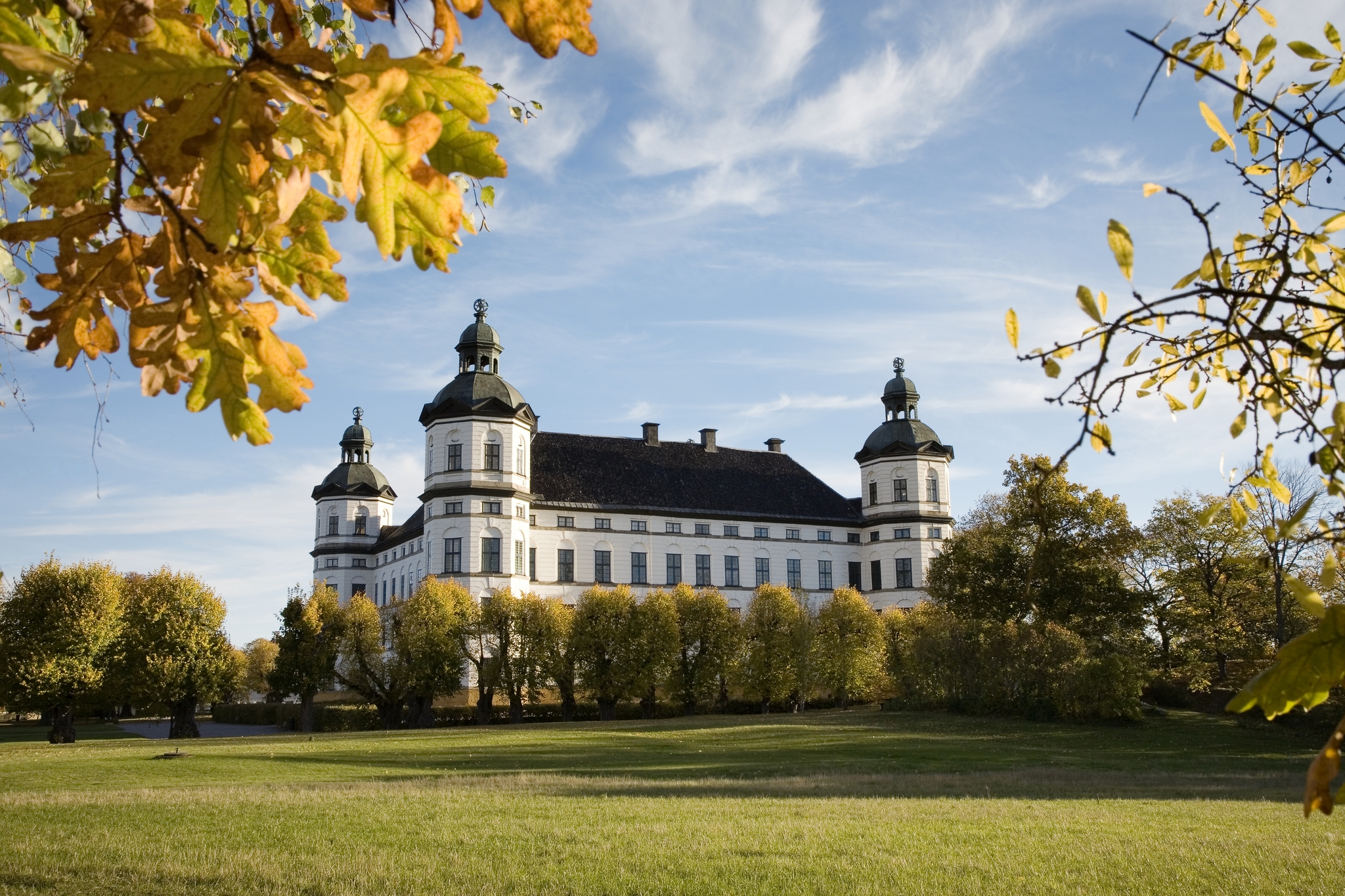 If you would like to visit one castle during the summer months there is this option to get on board in Stockholm and visit Skokloster Castle and Sigtuna or visit Rosersberg Castle on a day trip boat tour leaving from the city center. These day trips are only available from the end of June to the middle of August.

Where to Eat and Sleep in Sigtuna

A magnificent place to eat is the historical restaurant at 1909 Sigtuna Stadshotell located at the end of the pedestrian street where it meets the new main street (Stora nygatan). There is also another interesting restaurant with a view, Båthuset Krog & Bar, located at a pier with a lookout over Lake Mälaren.

If you are looking for a place to stay over the night check 1909 Sigtuna Stadshotell or Sigtuna Stiftelsens Hotell & Konferens both located at the city center. Those looking for something else should check the availability at Rosersberg Castle the only one of Sweden’s ten royal castles where one can spend the night.

How to Travel to Sigtuna From Stockholm

You can travel to Sigtuna from Stockholm on public transportation which means that if you have a valid period ticket then you need not pay any money. To get to Sigtuna take the communter train at Stockholm City central station and get off at Märsta Station then get on the bus (575 or 570) destination Sigtuna. The trip takes about an hour.

Location of Sigtuna by the Mälaren and near Arlanda Airport

A different way of traveling to Sigtuna (and to the castles of Skokloster and Rosersberg as stated above) during the summer from the end of June to the middle of August is on a boat day trip from Stockholm which can be bought separately but also is included on the Stockholm Pass tourist visitor card. This is an almost 9-hour long day trip through Lake Mälaren aboard the M/S Evert Taube boat with a guide in English. Departure is at 10:00 from a central location in Stockholm. Price without the Stockholm Pass is 375 SEK (38 € / $46 / £33). Children (6 to 15 year-old) pay half price.

How to Travel to Sigtuna from Uppsala

A quick getaway to Sigtuna can be combined with a visit to Uppsala but in my humble opinion you will not be able to enjoy both destinations properly. There is a bus between Sigtuna and Uppsala on weekdays but it just makes a trip on every direction. It is the 188 bus departing Sigtuna at 7:15 and departing Uppsala at 17:05. It takes and hour. So it is really difficult to take advantage of this bus to visit both cities. But I guess visiting Uppsala first and then heading to Sigtuna in the afternoon and staying there late or staying over might be easier than the other way around.

The alternative for visiting the two cities lies on getting back to Märsta Station by bus, take the commuter train to Upplands Väsby and change train to Uppsala. It also takes an hour but the trip between Upplands Väsby and Uppsala is not included in Stockholm’s public transportation system so you will have to pay an extra fare.

How to Travel to Sigtuna from Arlanda Airport

You can travel directly from Arlanda Airport to Sigtuna by bus. Bus number 579 stops at every terminal at the airport. The trip to Sigtuna takes 30 minutes and it is included in Stockholm’s public transport system so if you have a travel card or period ticket you’ll be able to use it “for free”.

Sigtuna can also be used to discover other locations by the Mälaren. During the summer there are cruises to the viking island of Birka, Taxinge Castle or the historical city of Mariefred located at the southwestern part of the lake.

Sigtuna is also a good destination for specific days and seasons like Eastern, Sweden’s National Day (June 6), midsommar, Christmas or when the Sigtuna Literature Festival takes place around the end of August / beginning of September where the city is livelier.

It has been a while that I don’t travel to Sigtuna although I still have great memories from the different times I have been there. So I have decided to include a visit to Sigtuna next time I am in Stockholm and thus be able to get new pictures for this article as the ones I had got lost when my memory card disappeared … or maybe you get there before I do and mind to share some pictures with me … just leave me a comment in that case or if you have any questions that I might help with.