High Chaparral is a theme park based on the Wild West located in the heart of the historical region of Småland in Sweden. We had a great time during our visit although we did not travel with children but if you travel with kids in the area or on a route between Copenhagen or Malmö and Stockholm* you should include it to enjoy an experience in the Wild West. 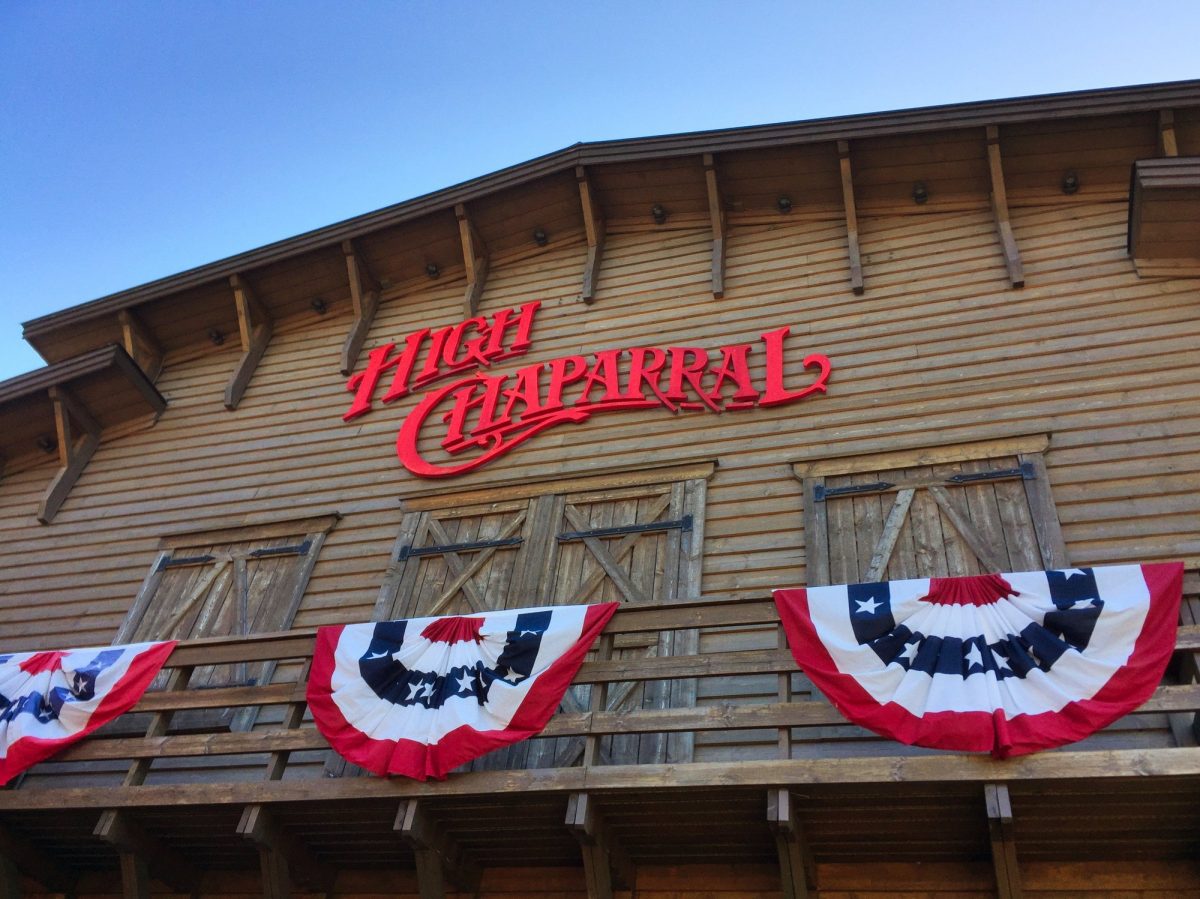 The High Chaparral theme park is divided into different areas: the West and Buffalo City, the zone of the American Indians and the zone of Mexico.

In High Chaparral, it is not strange to see parents and children dressed up in western attire: hats, clothes, boots and, above all, pistols and rifles loaded with firecracker ammunition. These, in fact, can be bought inside the park and thus challenge other visitors into duels in the purest western style.

The city of Buffalo City is a miniature space where the houses, the jail, the bank and the other elements that make up a city are made to measure for the little ones so that they can climb on the roof of a building to escape from their persecutors or disappear from jail through a hole made in the wall.

An important part of the High Chaparral theme park are the thematic shows. One of them humorously represents a real episode of Swedish history as it is the emigration of the Swedes to America at the end of the 19th century. In it Sven-Erik and Esther Johansson narrate their adventures to cross the Atlantic to the new continent.

Another show with horses and explosions emulates the duels between outlaws and inhabitants of a western town so common in the scenes of cowboy movies. There is also a show with Indians, cancan lessons and a show with El Zorro in the Old Mexico area which can be reached on board a steam train. 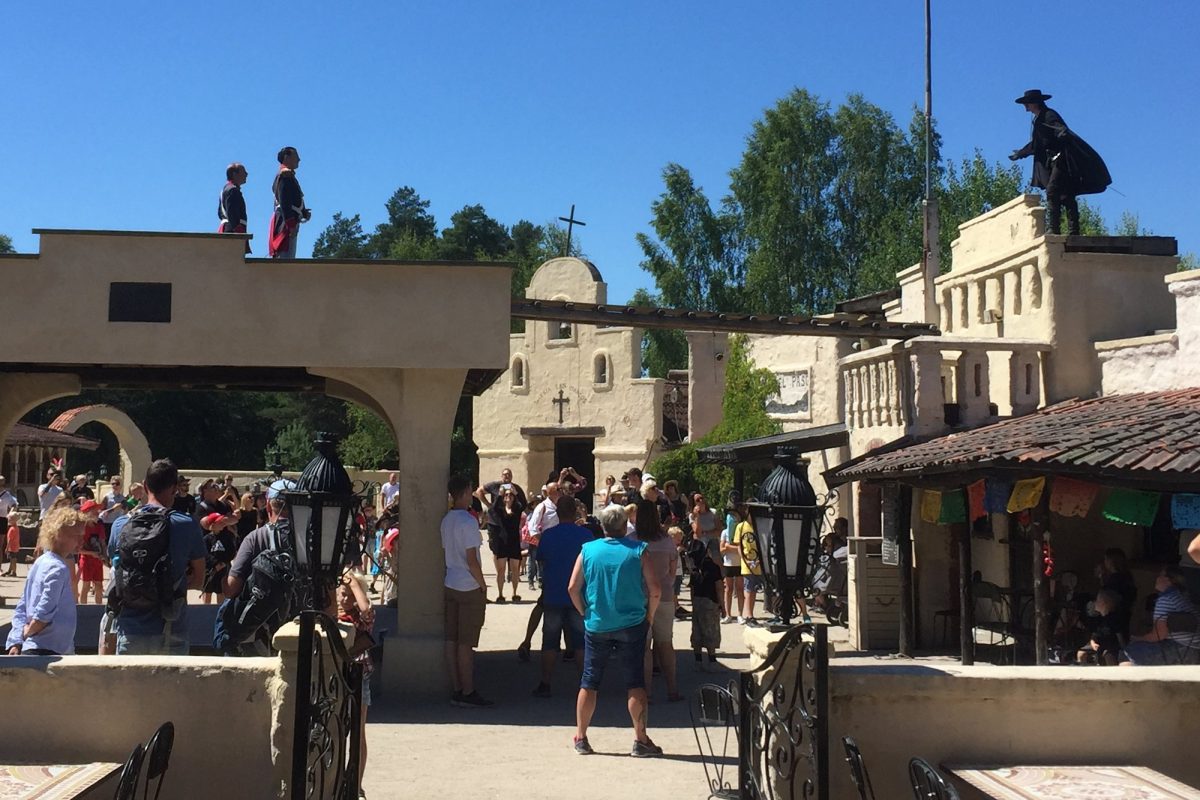 Another very funny show features Lucky Luke, the Dalton brothers and their mother. It is convenient to check the program of the day on the website to see what shows are scheduled during your visit. You can also get a copy of the program upon arrival at High Chaparral.

Unfortunately, in an understandable way, the shows are all in Swedish, which is not usually a problem for children who find them entertaining.

The kids can also get involved in adventures such as seaching for gold, riding ponies or challenging other people in a gun duel. There is also a place to ride the mechanical bull and closely watch the American bisons present at the park.

You should know that if you want you can take your food from home and even barbecue in High Chaparral so it is not mandatory to buy food in restaurants. We ate in the Mexican restaurant and it did not seem expensive. Neither the drinks were exaggeratedly expensive as in other amusement parks. 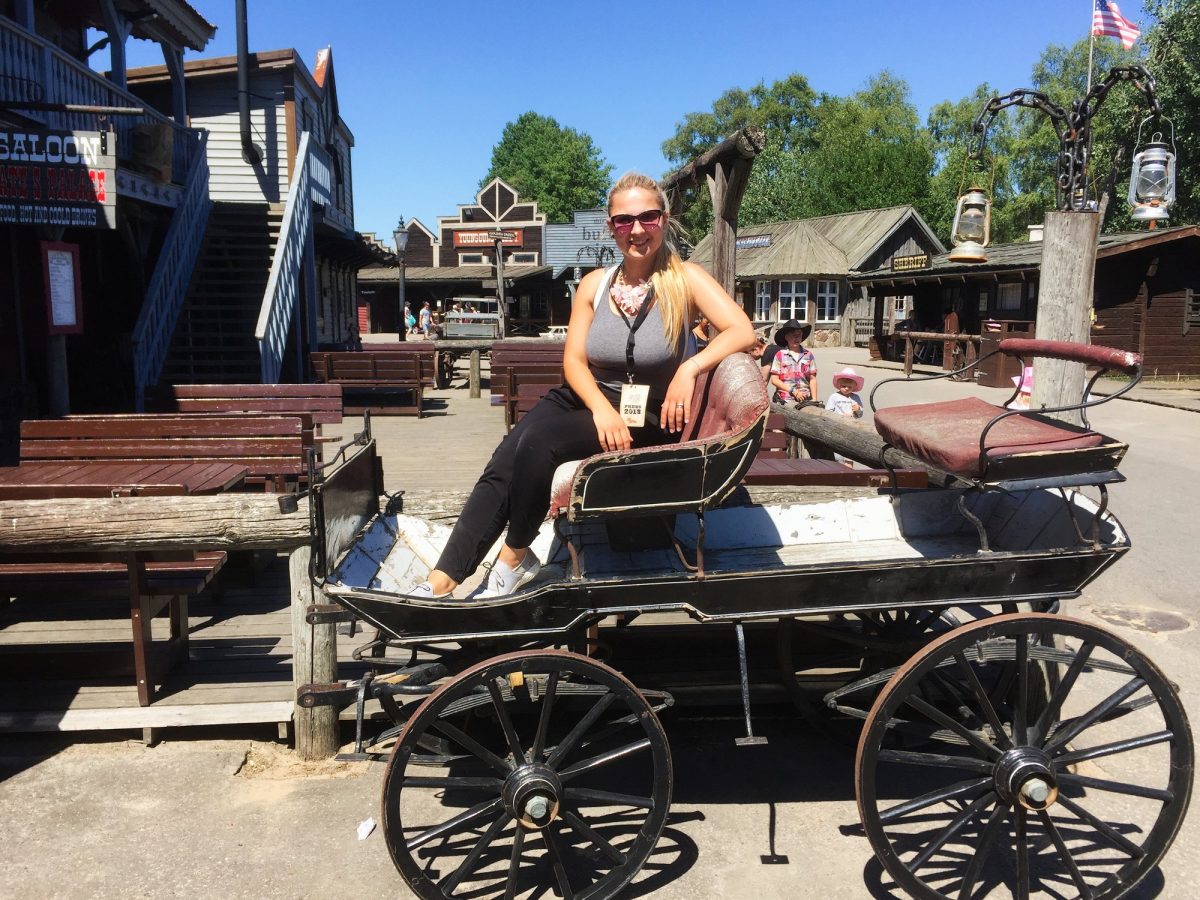 Here you can see a map of High Chaparral (also to download in PDF) in case you want to check all the attractions present in the park. 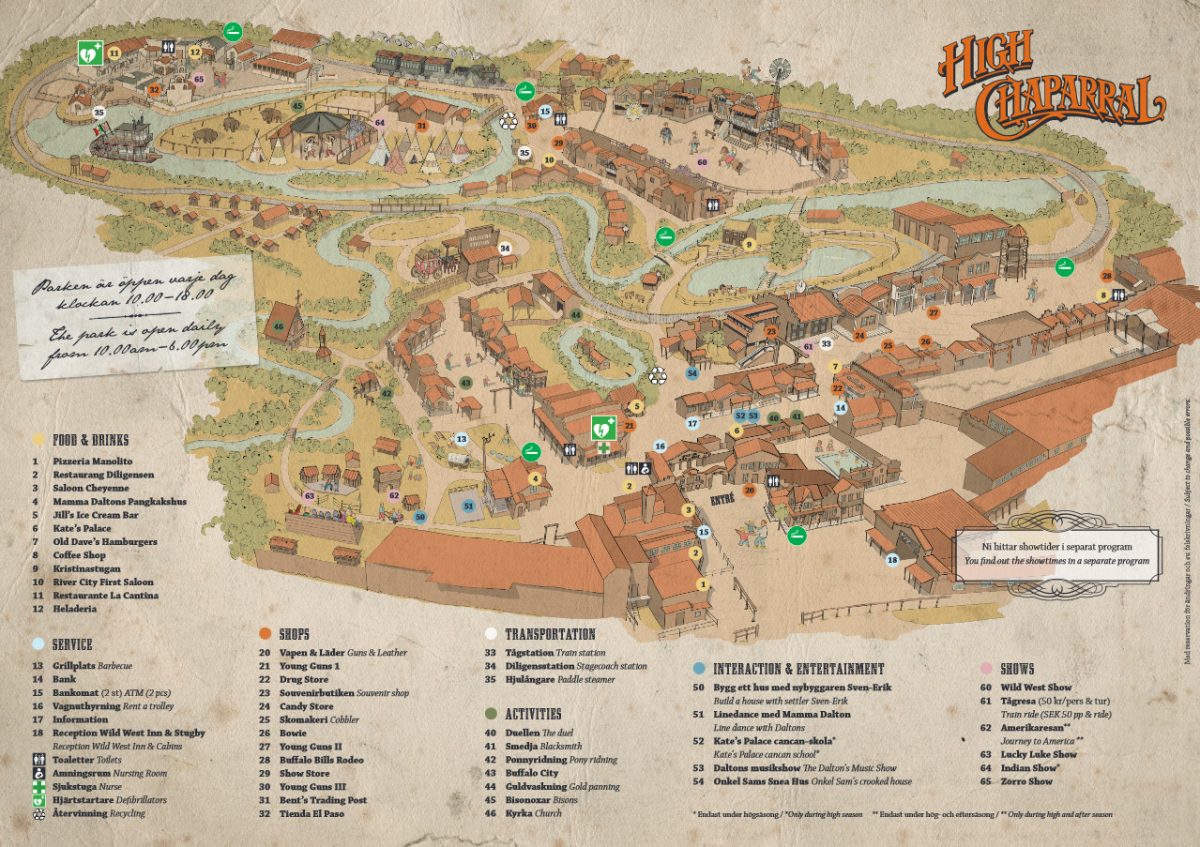 From mid-June to mid-August the park opens every day between 10 am and 6 pm. Also before high season it opens only during some weekends of the year from the end of May to the end of August. That is to say from the middle of August onwards it can only be visited during the weekend. It’s logical because Swedish children start school in mid-August so it does not make sense to have the park open on weekdays.

Inside there are some activities for which you pay like looking for gold, duels or a trip in stagecoach or train.Parking is also paid at a price of 60 SEK (6€ / $7 / £5) per day

How to Get to High Chaparral

High Chaparral is in the town of Kulltorp in the vicinity of the national park Store Mosse and between the cities of Värnamo and Gislaved. If you use the E4 road to travel between Malmö and Jönköping in the direction of Stockholm to reach the park you will only have to deviate 25 km. 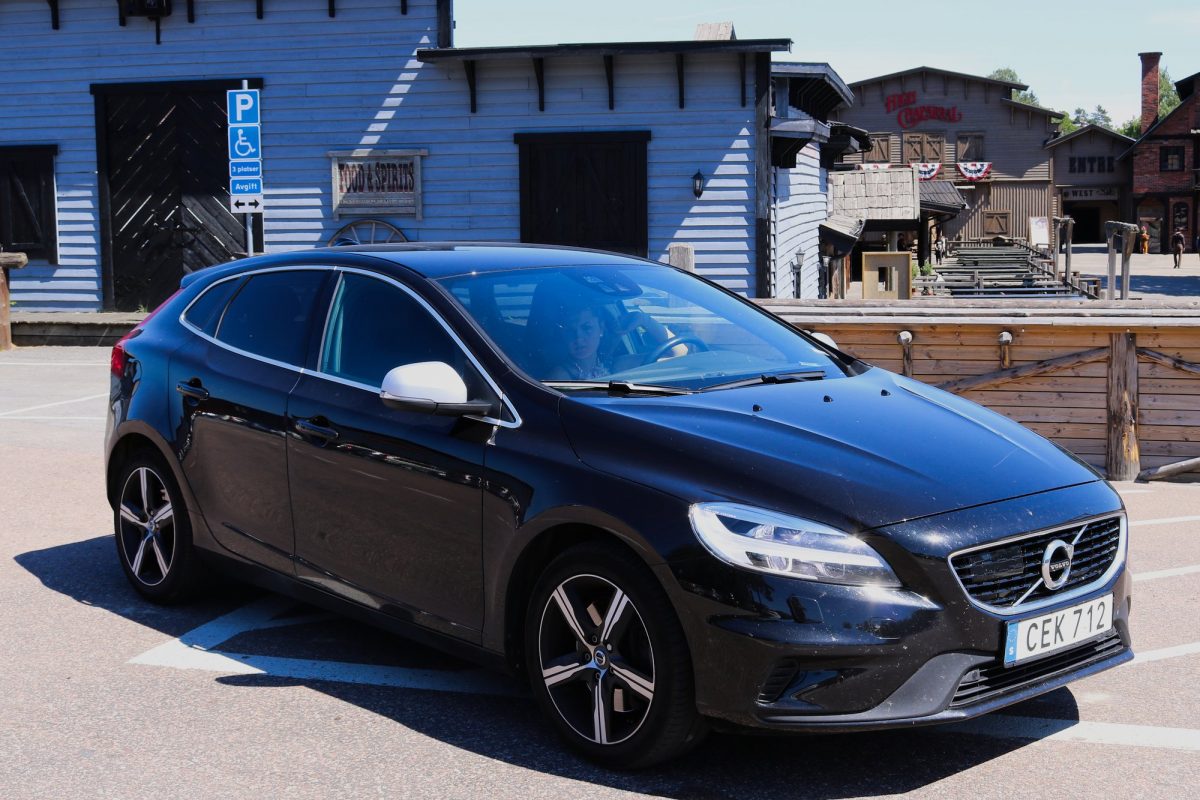 In High Chaparral with our Volvo rented with Hertz
Photo: Israel Úbeda / sweetsweden.com

We think that High Chaparral is a destination to have a great time during a summer day. If you are in the area look at the weather and look for a day with a good weather forecast because then you will enjoy even more being in the Wild West in the middle of Sweden.

If you also want to stay in the area, High Chaparral has cabins, the Wild West Inn motel, and a camping with a place to bathe.

Are you traveling on a route through Sweden and want to know what else to do? See this route along the east coast of Småland* , or what to see in Kalmar* and what places to visit on the island of Öland*. And if you do not find what you are looking for, leave me a comment and I will try to help you.