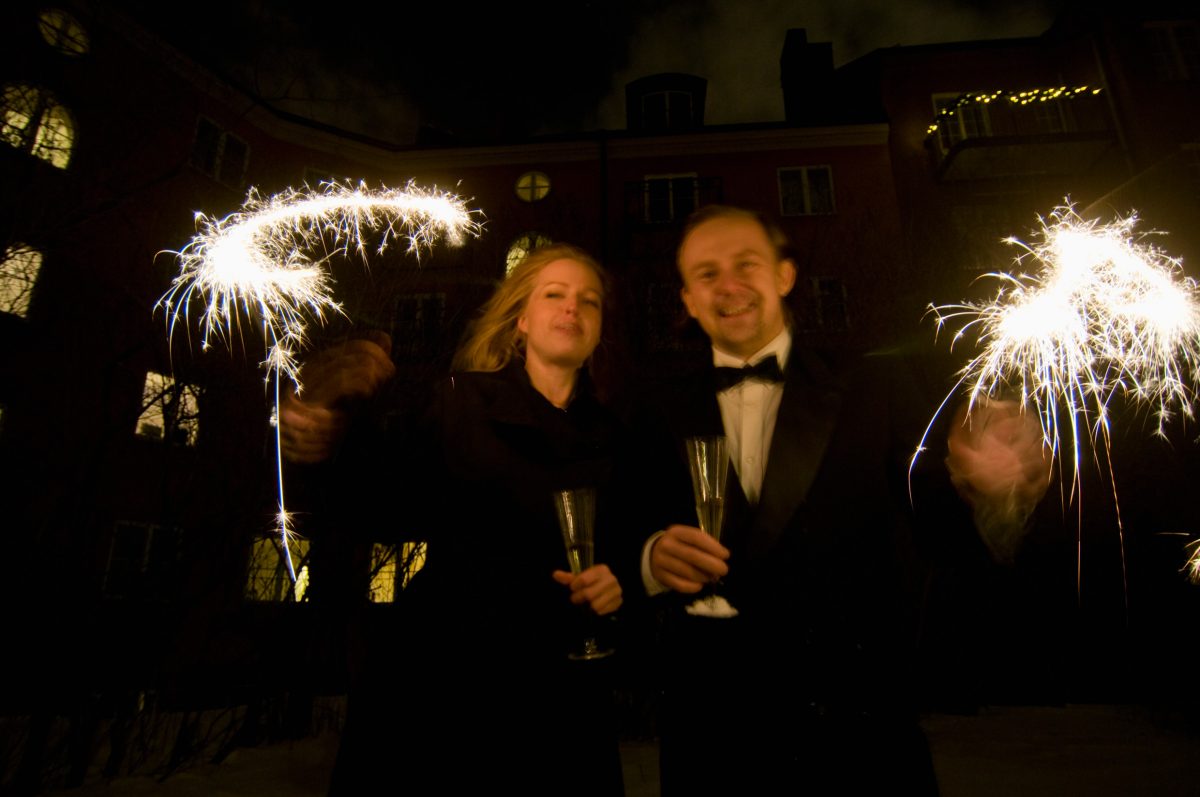 In nyårsfirandet, Swedes usually celebrate New Year’s Eve at home with their families or at some party held in the city best clubs, restaurants and pubs. In Stockholm some of these celebrations happen in: Berns, Sturecompagniet, Spy Bar, Debaser Medis or Skansen. Some parties have dinner included in the ticket price while others are paid separately. Be cautious because some celebrations may have an age limit ranging from 20 or 23 years old.

In Stockholm the welcome of the New Year is celebrated by means of a pyrotechnic event with fireworks launching over the city. In recent years the location has moved due to the works around Slussen. Fireworks in Stockholm will launch from the sea in front of the Royal Palace and the island of Skeppsholmen. 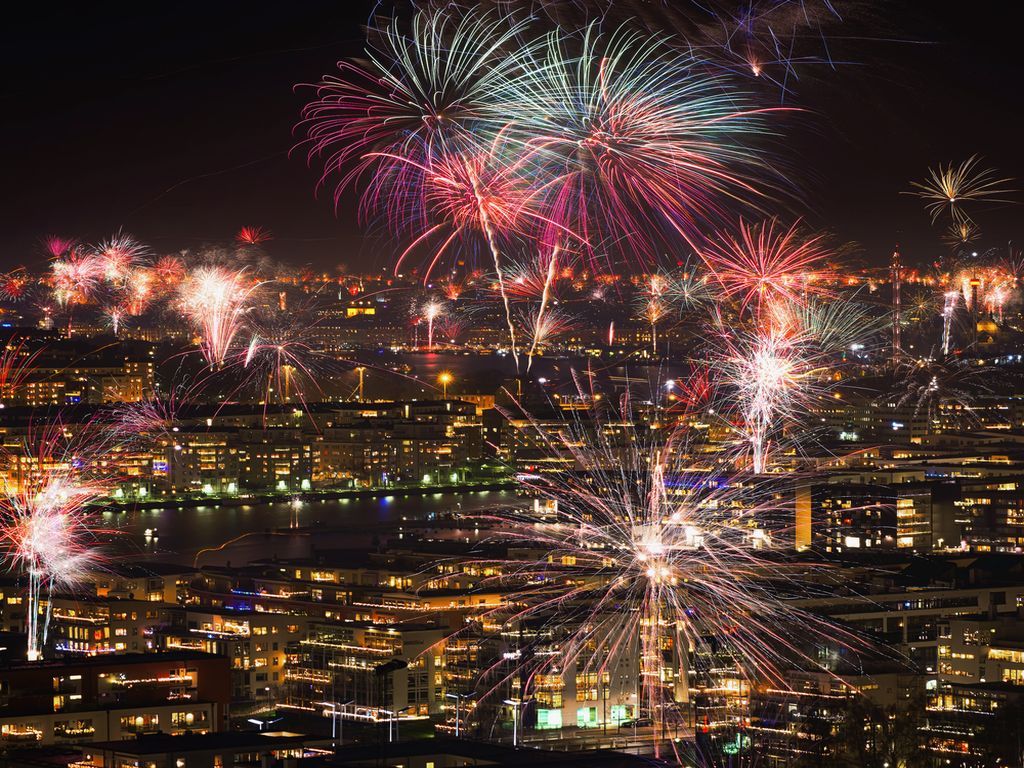 Where to Watch New Year’s Eve Fireworks in Stockholm

If you want to watch the light show at New Year’s Eve, I recommend you to go to one of the following viewpoints in Stockholm pinpointed on this map.

1. Skeppsbron: the bridge decorated with crowns linking the island of Skeppsholmen with Blasieholmen

2. Slottsbacken: the slope in Gamla Stan overlooking the Royal Palace

3. Blasieholmen: the “peninsula” surrounding one of my 5 favorite hotels in Stockholm, the Grand Hotel

5. the viewpoint at Monteliusvägen: one of the iconic sites of Södermalm for the best views of Stockholm. Accessible walking from Slussen.

6. Skinnaviksberget: the highest mound in Stockholm on the island of Södermalm. Reachable with the subway to Zinkensdamm station.

7. Skansen: the open-air museum and zoo is filled on New Year’s Eve with celebrations, songs and dances throughout the night. You arrive on the island of Djurgården by boat from Slussen or Skeppsholmen or by tram from Sergels torg or T-Centralen.

8. the viewpoint at Fjällgatan Street: located on the back of Fotografiska on the island of Södermalm

9. Västerbron: this bridge is reachable from the northern part through the Thorildsplan subway station or from the south from Södermalm through the Hornstull metro station.

If you buy fireworks to use in Stockholm during New Year’s Eve remember that there are areas where it is prohibited by law to use them. In the same way, no one under the age of 18 should light fireworks according to Swedish law. Also in Sweden the use of firecrackers is prohibited and cannot be sold.